This event has already taken place! Please make sure you are in the correct year. ×
Nov
02
Saturday
Nov
02
Sat 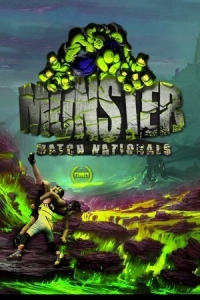 For the past eight years, this much-ballyhooed tournament has attracted sell-out participation of 1500 wrestlers from 30 states. Now the Friday night before the tournament will feature the country's best wrestling in a special performance like no other. The top nationally-ranked elementary, middle, and high school competitors will be matched one-for-one against their highest ranking counterparts.

With competition on 22 mats, this weekend has come to be seen as an opportunity to prove who you are in the early season, as well as an opportunity for new stars - especially those going up an age group - to demonstrate that they have arrived on the scene!

This competition will not only have the youth divisions for ages 6-15, but it will also feature some heavy hitters in the open division since it takes place before the college season. With a full-fledged women's division, this tournament has it all! Not to mention that this theme-based event brings out the crazy side of us all, with a costume parade and awards for the most unique designs!
Our Denver event will also feature some of Colorado's and the nation's best officials. And it is always worth waiting to see what new designs that Xtreme Pro has for this season's gear as well as the annual redesign of the trophies, medals, and special awards.